In this joint webinar you’ll learn:

Adam Montville is the Chief Product Architect for Security Best Practices at CIS, where he helps lead a diverse team responsible for developing products and services supporting information security best practices and automation. Adam brings nearly two decades of information security experience to his team, and actively participates in several standards organizations, including the Internet Engineering Task Force. He began his career in the Information Security Laboratory of Oregon State University, his alma mater. He has held a variety of technical and executive-level IT and security positions in both the public and private sectors, including the Department of Defense.

Michelle Peterson is currently the Product Owner for CIS Benchmarks and Derivatives. She has been with CIS for nearly 12 years and previously wasthe Sr Director of Member Success at CIS. Michelle came into the company at its infancy and has contributed to the growth and success of the membership and globally recognized configuration guidelines known as the CIS Benchmarks. A strong supporter in community participation and feedback,Michelle regularly works with stakeholders to better understand their needs and plan accordingly the development of new and updated versions of the CIS Benchmarks and Derivatives. Michelle is a remote employee living in Kalispell, MT.

Kev Johnson is the Systems Engineer at Runecast, 5-time vExpert, VCP-DCV, VCP-CMA, VCP-NV, VCIX-DCV. Kev is helping customers to simplify the management of their VMware and AWS environments. He is a constant tinkerer, likes to play with new tech and break it (then figure out how to put it back together again). So definitely someone who is worth listening to!

Back to Events Schedule 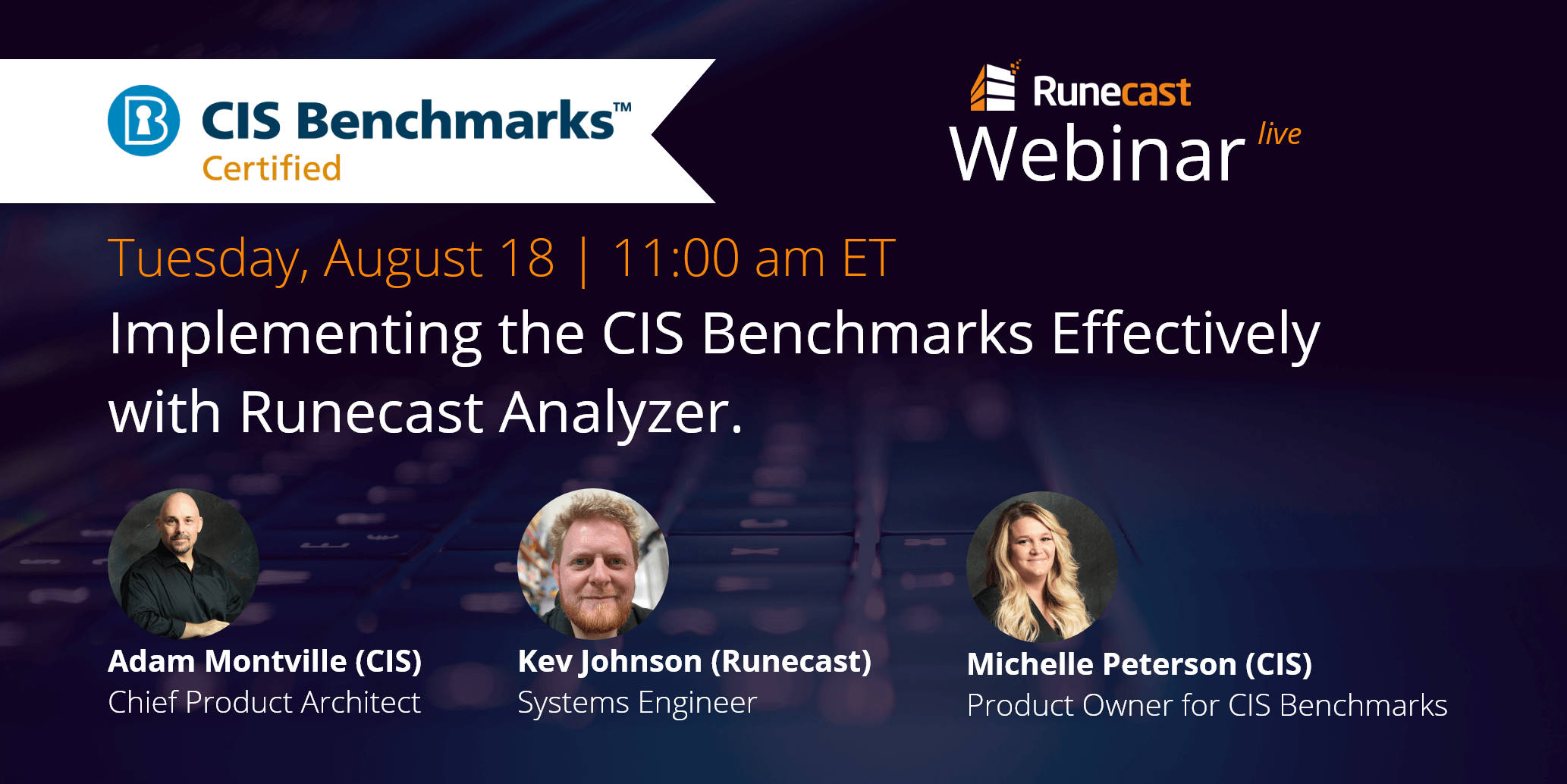