Built by Admins for Admins, Runecast Analyzer is acclaimed by IT virtualization experts for providing real-time, automated and actionable configuration and security compliance analysis for AWS and Azure cloud, Kubernetes clusters and VMware SDDCs.

Runecast was founded in 2014 by a team of virtualization professionals with a vision: help IT System Admins get and maintain control of their environments. Today, organizations around the world benefit from our patented solution, Runecast Analyzer, and its predictive and actionable intelligence for increasingly complex hybrid cloud IT environments.
‍
The Runecast team’s dedication to providing unrivaled customer experience has earned us a five-star Capterra rating from customer reviews. In 2020, Runecast was named a Gartner Cool Vendor and won Computing’s SME awards for Best Place to Work in Digital and Cloud Security Product of the Year.

Security by design: No data leaves your site

We keep your hybrid cloud 'audit-ready' by providing you automated security compliance audits for common industry standards like ISO 27001, CIS Benchmarks, NIST, PCI DSS, HIPAA, DISA STIG, BSI IT-Grundschutz and GDPR, with additional standards regularly added to Runecast Analyzer's capabilities. The best part? All of this happens securely on-premises (and even offline), with no data ever needing to leave your control.

We help stabilize and secure mission-critical IT operations 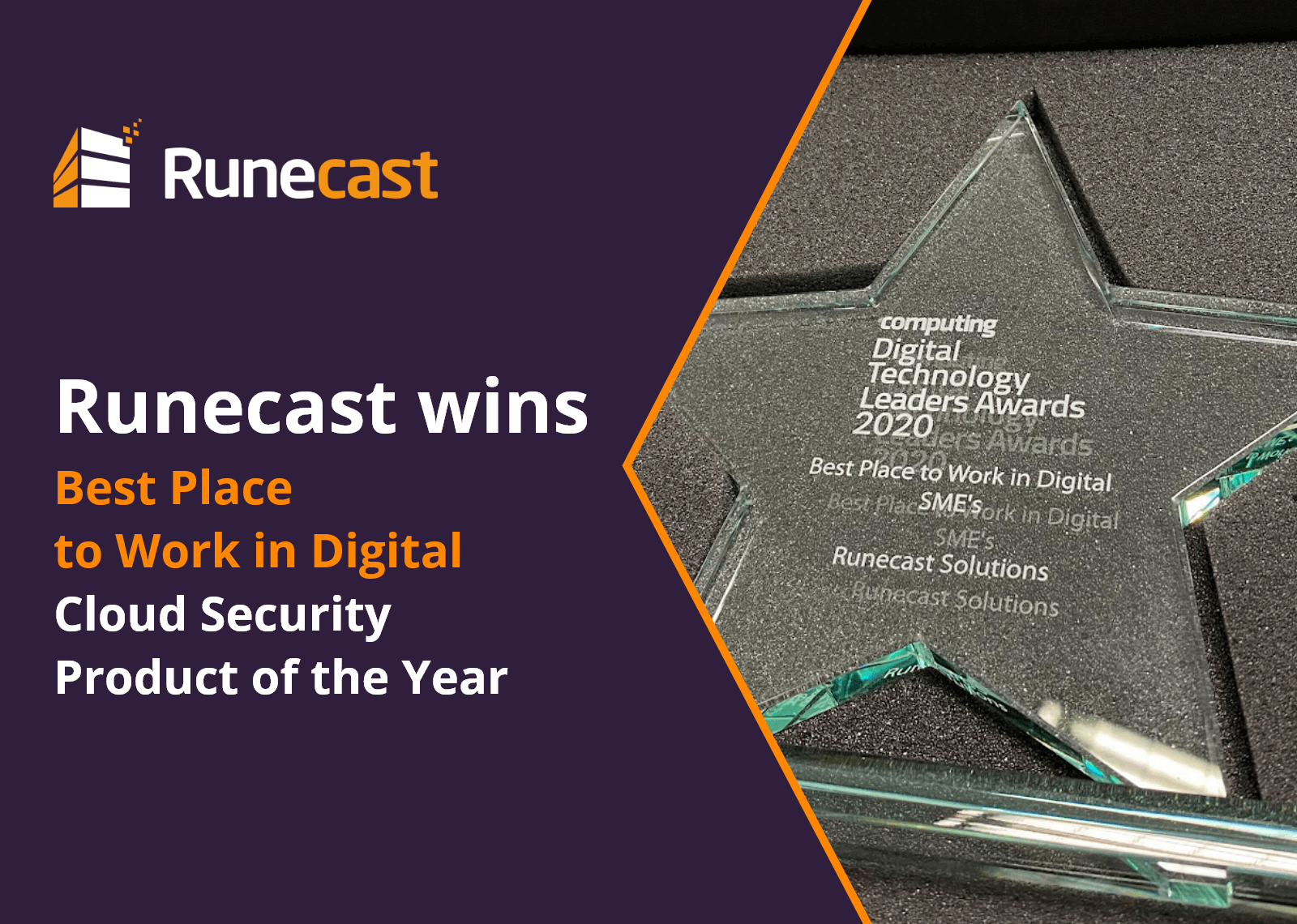 Runecast Analyzer version 4 brought many new capabilities, including security audits for CIS Benchmarks, SAP HANA insights and NIST audits for VMware. This was followed by a new Enterprise Console, vSphere 7 support, AWS audits for NIST and GDPR, the launch of Kubernetes coverage, Custom Profiles, security audits for ISO 27001, and coverage for NSX-T.

Runecast obtained a US Patent and was named an EIT Digital Challenge Finalist for “sophisticated, hard-to-reproduce digital technologies that fuel digital transformation.” 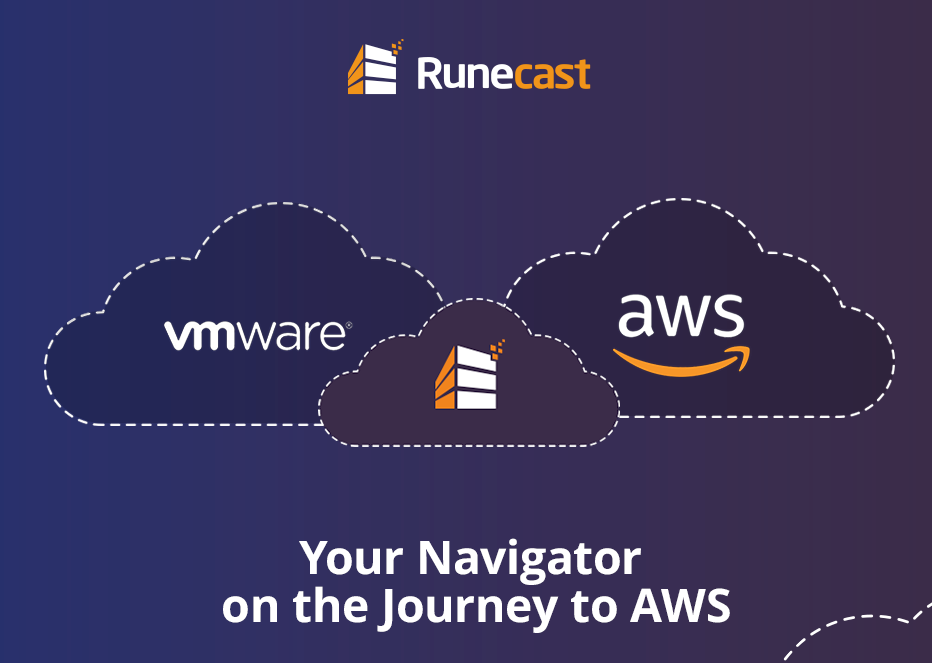 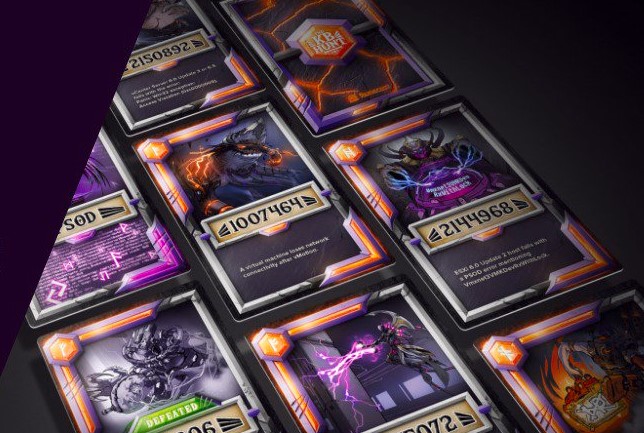 Computing magazine named Runecast a UK IT Industry Awards Finalist. Also, Runecast created an exclusive ‘KB Hunt’ game for VMware admins, to help them memorize the most dangerous issues that can cause a Purple Screen of Death (PSOD) if they're not resolved in time. 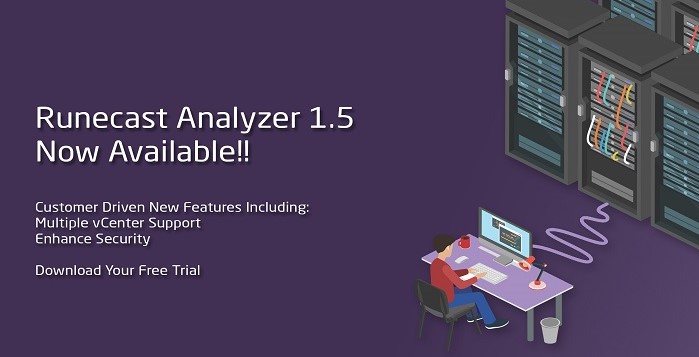 Runecast won a Tech Trailblazer Award and was a Finalist for a CRN Tech Innovators Award. 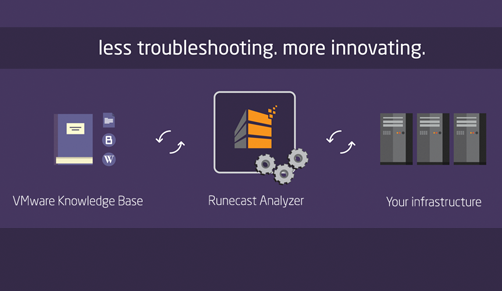 Runecast started to land big customers like Verizon Wireless in the USA, DLR in Germany, and entered the Japanese market with a Fujisoft partnership. 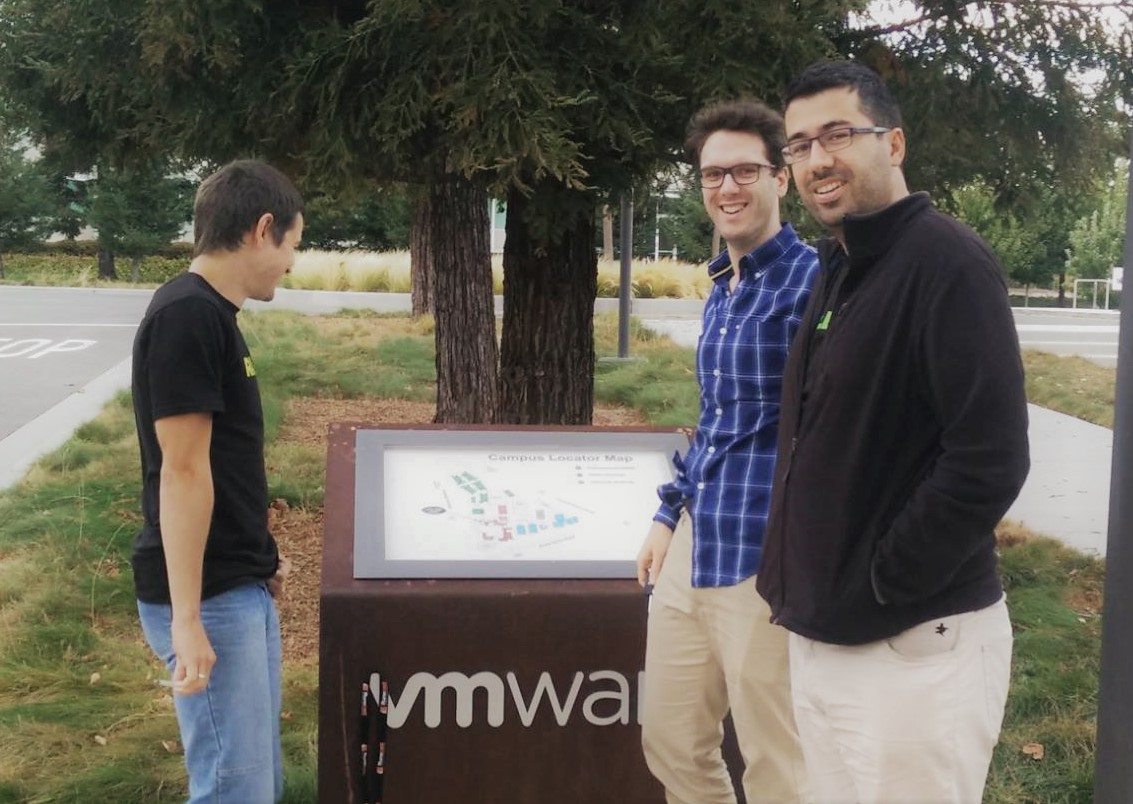 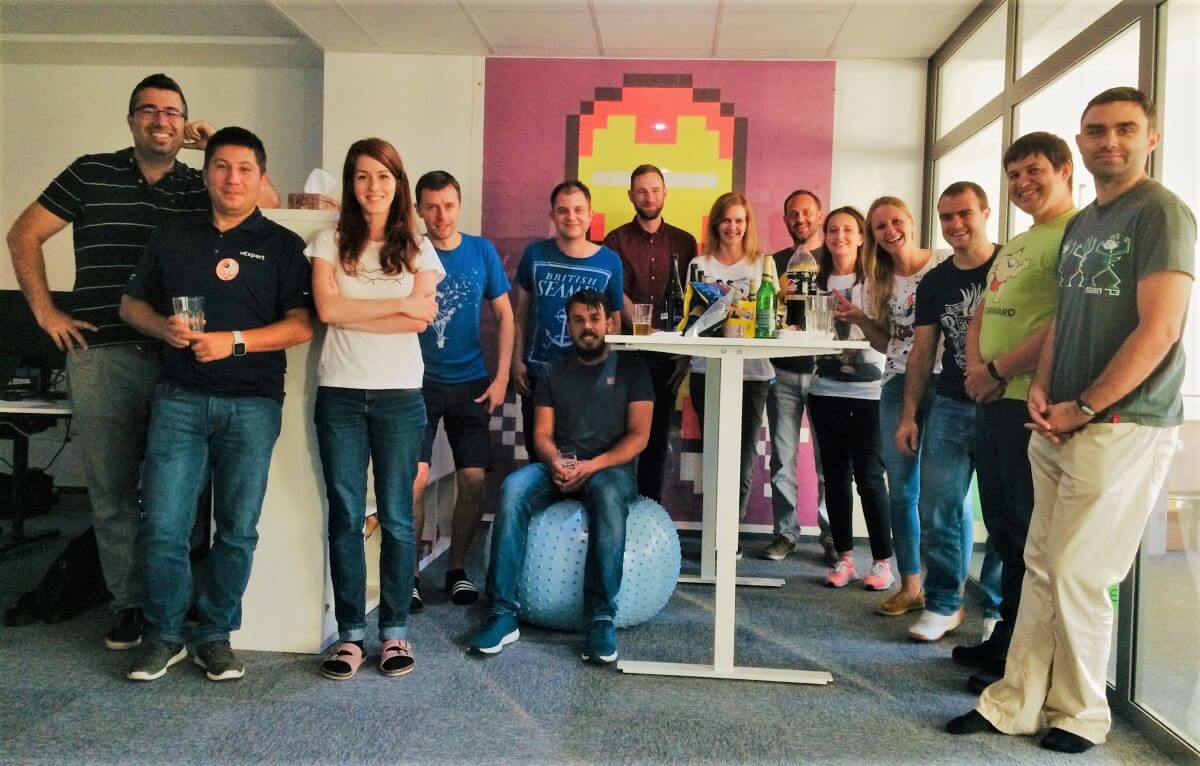 A group of ex-IBM virtualization experts had a vision to provide real-time automated insights for mission-critical IT environments – using human-readable ‘sources of truth’, using Natural Language Processing (NLP) and Artificial Intelligence (AI) to create machine-readable rules from it, and building it all into Runecast Analyzer.

Innovation is how Runecast Analyzer and our company were born, and it’s how we try to approach everything
we do.
‍
That approach has resulted in our helping mitigate service disruptions in mission-critical IT environments in all sizes of organizations, from sea to space. Our innovative efforts in this area were recognized in 2019 by the EU program Horizon 2020, with a grant to help expand our capabilities to additional IT platforms.

Indirectly, we help our customers’ IT departments save a lot of time (they report as much as 80% time savings for what they previously spent troubleshooting problems). This ensures far greater efficiency for their daily operations.
‍
Directly, our team is conscientious and cares about the world we leave behind. Our office discussions regularly cover sustainability topics connected to everything from our daily work to how we consume our food. Go green!

We believe that a big part of successfully evolving comes from being open and direct. We try not to take anything personally, and if something bothers one or several of us, we talk about it with each other to find a solution that will make life easier for everyone.
‍
We take it seriously if an employee, partner, or customer has a problem – because we know that people matter most and, at the end of the day, it’s important to all of us to leave this world a better place than how we found it.

Our team comprises over 50 trailblazers whose tendencies to see the world a bit differently have resulted in an unparalleled software solution for mission-critical IT environments. We’re a diverse bunch of engineers, inventors, disruptors, consultants, and communicators from around the world.
‍
Runecast is an equal opportunity employer and we value diversity at our company. We don’t discriminate on the basis of race, religion, color, national origin, gender, sexual orientation, age, marital status, veteran status, disability or any other characteristic.

The Runecast team is fully committed to our customers and providing the fastest support with absolute quality and delivery of service. Services provided include email responses, follow up calls and online technical help for face-to-face (video-conference) troubleshooting in customers’ live environments.

Runecast Solutions aspires to a customer-first approach with no compromise for quality of service. Our team aims to remove the pain and waiting, from support contact, and provide a personal touch to every customer.

Headquartered in London (U.K.), with a development center in the beautiful Czech city of Brno (sometimes called the Silicon Valley of Central Europe), Runecast has additional offices in Prague (Czech Republic), Sydney (Australia), and Phoenix (Arizona, USA), plus a Partner Network that spans the globe.

Where We Come From

The Runecast team comprises over 60 trailblazers whose tendencies to see the world a little differently have resulted in an unparalleled software solution for mission-critical data centers and other IT environments. Basically, we’re a diverse bunch of engineers, inventors, disruptors, consultants, and communicators from around the world.
‍
We represent the following countries, either by home base, nationality, or other origins: Albania, Australia, Azerbaijan, Bulgaria, Croatia, Czech Republic, France, Germany, Hungary, Italy, India, Kyrgyzstan, New Zealand, Singapore, Poland, Romania, Russia, Serbia, Slovakia, Turkey, UAE, the United Kingdom and the United States.

Get to know us better, read about our Management team or check out the Career page!