October 26: Virtual Conference for forward-thinking IT trailblazers
Register for UPTIME 2021
This is some text inside of a div block.
×

The phrase ‘too big to fail’ becomes evident in the observations that one can take note of daily, with the conclusion that a lot of the dysfunction is ridiculous at its best. This can be seen for example in centrally controlled ‘corporate discounts’ that are far more expensive than if employees would book their own travel arrangements, or in the many manifestations of the Dilbert Principle (derived from the Peter Principle), where incompetence gets rewarded as a means of removing it from the workflow. A larger company’s evolution can be hampered by any number of issues ranging from anonymity causing employees to feel hidden and their contribution to the company inconsequential to mid-management’s political aims overshadowing good decision-making.
Startups have a reputation for the opposite, for being quick and agile, with flexible intelligence, but even established companies that continue to operate with small-team efficiency can often retain that ‘startup’ vibe in daily operations.

In small companies, you don’t need to dig through a company directory or complex org chart to find a person whom you only need to contact once or twice per year and can’t remember his or her name. Everyone knows each other, and everyone has a decent understanding of your role and how it contributes to the team. Like the theme song from the 1980s classic TV sitcom Cheers says, “Sometimes you want to go / where everybody knows your name…”

Small companies, especially the ones on the startup scene, are not too rigid on requiring a certain appearance or a way of expressing yourself. Leave overly polite emails with exaggerated courtesies and wearing a suit to work every day for the large corporations. You are valued for the person you are, not the one that you are pretending to be.

Every team member has good ideas and can contribute them. And it feels especially good when others listen to those ideas, because you are valued as an individual for your input, regardless of your job function or educational concentration. Basically, it’s like the old comparison between “big fish in a small pond” vs. “small fish in a large pond” – the former inherently has more influence on the way things happen in the pond.

New ideas in small companies typically don’t result in a ‘death by committee’ outcome. When the company org structure is small and simple, new ideas can be explored, go into production, get tested, and go ‘live’ sometimes within a few days. A streamlined org chart with for example R&D, Marketing, Sales, and Back Office means that a representative from every team totals only a few people to make a decision, rather than 10-12 people who might be involved in a large company. The result of faster decisions is faster testing and potential impact of new ideas.

In small companies, if you see something being done that doesn’t make sense to you, you can discuss alternative methods with colleagues and they actually listen and are typically far more willing to test new methods than they would in a larger organization. This means that your ideas from past experiences or even something you read for example in Harvard Business Review are possible to test. It’s much simpler to get people to realize that there might be a better way and to be open to looking for it.

When you’re part of a small company on a small team, you feel a sense of ownership and enjoy the excitement of building something new together with a few colleagues. This contributes to the feeling that the time you invest goes into something that is also meaningful to you. Part of this stems from the points above regarding individual impact and speed of impact. These aspects help to stave off the common emotional ruts that one can fall into as an almost anonymous employee subject to nonsensical processes in a large organization.

7. Freedom to use sharp tools

There are lots of free tools available that work better than enterprise options at a premium price. New and exciting solutions developed by companies with a startup mindset are developed every year and often serve companies’ daily operations much better than the most ‘popular’ tools (remember, popularity doesn’t necessarily equate to quality). Individuals and teams can try what works best for them, without all the mandates from HQ that seem to be based more on ‘corporate discounts’ than on any actual effective or efficient functionality.

In a small company, “flat hierarchy” actually means something – it’s not just a cliche used for recruiting. You can easily have a chat with the C-level execs and/or Founders pretty much any time you want to – at the coffee machine, the water cooler, in meetings, passing by in the hall, at lunch, or during after-hours events are just a few examples. The focal point of communications in smaller firms isn’t so much ‘chain of command’ but rather ideas.

Job titles don’t matter as much in small companies, so when you see something that needs to be done, you can typically jump in and help get it done. If you want to volunteer for a team working on some project that you’re interested in, you can typically just let those involved know to invite you to meetings and conversations – these things are typically pretty simple compared to a larger organization.

As smaller companies tend to be more immune to habitual processes, especially those that stem from political games, team members tend to avoid falling into professional ruts. As the business grows more quickly – and the impact of your role(s) along with it – you have an ongoing opportunity to develop your skill sets. And rather than having to use some boring and outdated corporate training program, you can find the sources of learning that work best for you and your own learning style.

Jason Mashak heads the communications team at Runecast. Previously he served in roles that included sales, copywriting, business development, and marketing head. For numerous reasons, some of which are listed above, he very much prefers working at small companies.

Michaela Kolackova deals with all things human resources at Runecast. She worked in both small and larger teams in various HR positions, but she definitely prefers small teams where she can have a direct impact by her everyday actions. 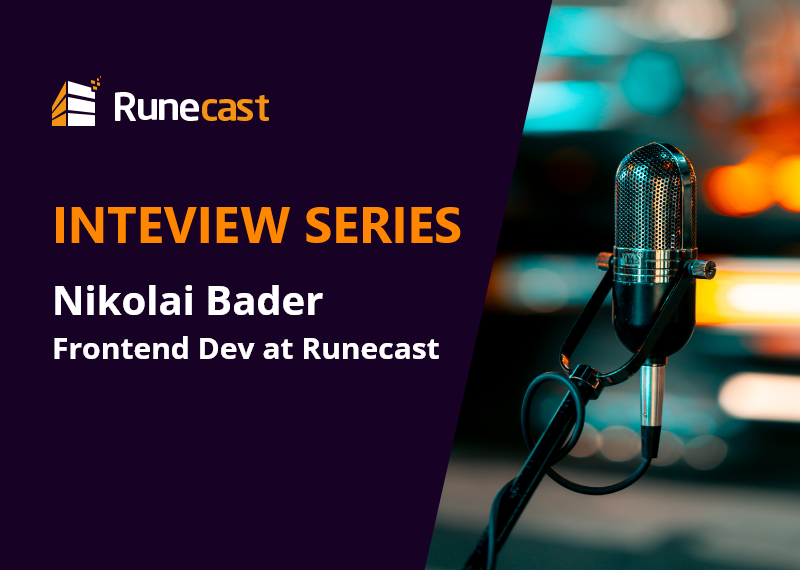 Legend has it that young Nikolai watched this German-language documentary about Brno, Czech Republic, and decided that his destiny lay not in Prague but a couple hours further southeast, in the heart of the old ‘Great Moravia’ Empire, where great new discoveries were occurring. 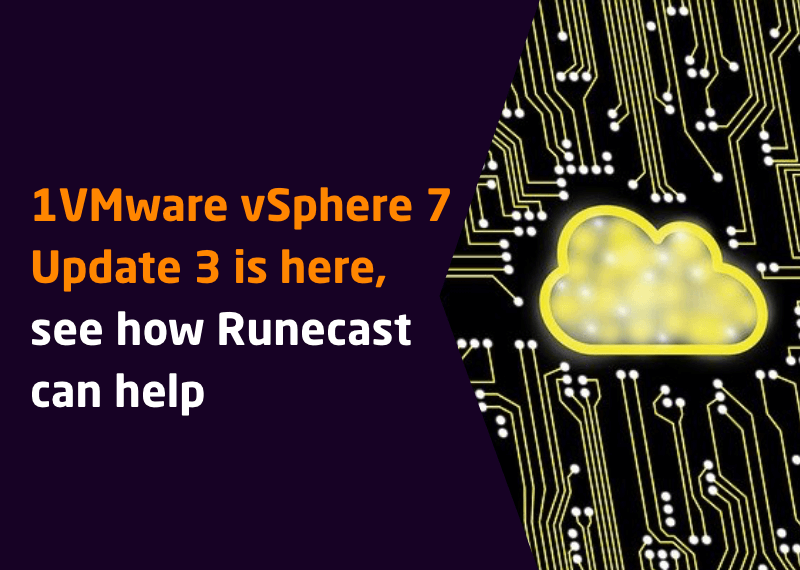 VMware vSphere 7 Update 3 is here, see how Runecast can help